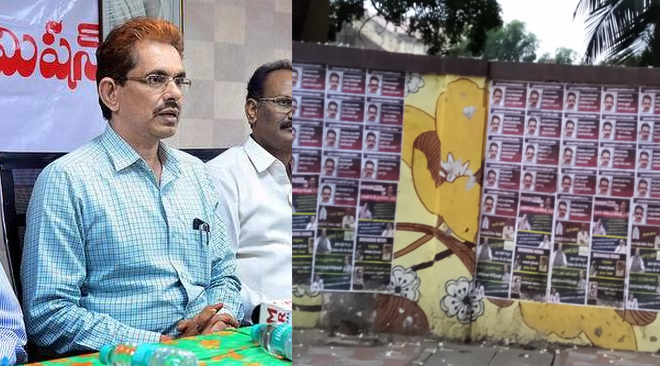 Many posters comprising APPSC Chairman Uday Bhasker have erupted in many universities in Andhra Pradesh, who is facing allegations of running the commission according to his wish.

These posters state that he is running the APPSC arbitrarily and many unemployed are suffering from this.

Uday Bhaskar hits the headlines constantly for all the wrong reasons. He was appointed during the regime of former CM Chandrababu Naidu and is continuing in the post even after Jagan came into power.

It has been widely reported that many YSRCP leaders are not happy with his continuing in the post and he has created many obstacles during the job notification of Village level jobs to secretariat jobs.

Reportedly many unemployed unions have raised their voice against his post and demanded his removal from the Chairman post.

Students from the universities have erupted posters of him for creating obstacles for the unemployed. It’s interesting to know how the ruling government responds to this.