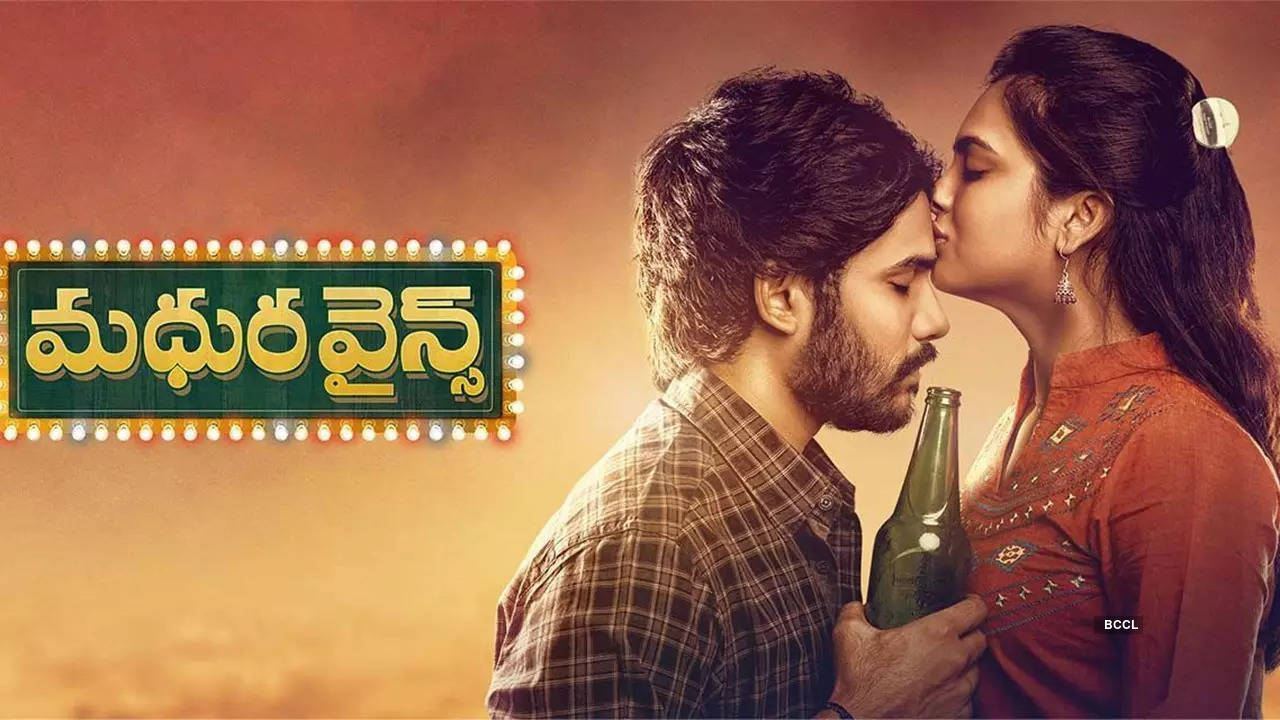 Starring Sunny Naveen, Sammohit and Seema Chaudhary in the lead roles, Madhura Wines hit the silver screens today. The film is funded by Rajesh Kondepu and Srujan Yarabolu. Here’s the review of the film.

Ajay(Sunny Naveen) is still struggling to get over the break-up with his girlfriend in college, Madhura. He resorts to alcohol consumption in order to counter the mental trauma he is going through. He then meets Kiseema(Anjali) who falls for him after knowing his past. Meanwhile, Anand(Sammohit), who owns Madhura Wines too is devastated that Ajay is ruining his life with his drinking problem. What happens to the brewing relationship between Ajay and Anjali now? The answer to this question forms the remaining plot.

Sunny Naveen acted in a fair few short films till now and he is debuting as a male lead with Madhura Wines. He looks sharp and excels in dances, action blocks and emotes well through the course of the film. Seema Chaudhary looks gorgeous on the screen and she too performs well. The romantic scenes featuring the lead pair shaped up really well and there are a fair few steamy kiss scenes as well. Sammohit drops an impressive performance in the role of the owner of Madhura Wines. The rest of the star cast deliver very good performances as well.

The director Jayakishore B penned a story surrounding Madhura Wines. The set-up he picks and his narrative are compelling. The screenplay is pacy and the film is presented in a realistic manner. The film caters to the youth and as well as the family audiences.

The music composers Karthik Rodriguez and Jay Krish deliver a winning soundtrack. The songs were shot in an aesthetic manner. Particularly one romantic song looks really good on the screen. Mohan Chari’s cinematography is brilliant. Varaprasad’s editing is spotless. Rajesh and Srujan didn’t compromise with the budget and we see their brilliant work in every frame. The audience will leave the theaters in a happy mood after the watching the film. It will cater to all sections of the audience.