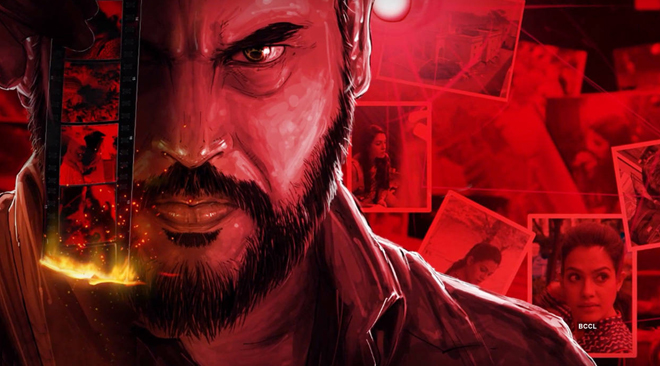 Star Cast: Trishna Mukherjee, Rahul Venkat, Anish Kuruvilla
Crew:
Written by Prashanth Sagar Attluri
Music Composed by Kumaran
Cinematography Abhiraj Nair
Editing by Renjith Touchriver
Directed by Srividya Basawa
Produced by Indra Baswa
Madha won many awards all over the world in different film festivals. Such feat is rare for an Indian film and very rare for Telugu language films. These days young filmmakers are trying to find out different ways to attract audiences and winning awards at different film festivals seems to be the way, Madha filmmakers decided to take. They made many notice their film big time by going around the world to different film festivals in successful campaigns. Now, it got a wide release all over Telugu states. Let’s discuss if the movie works even for mass audiences as well…
According to the story, a scientist decides to test the drug that he invented on humans. He gives it a name, Operation Bhrama. Everyone who comes in contact with the drug dies except for one girl who is generically modified by other scientists. She is named, Madha (Trishna Mukherjee) and the scientist (Anish Kuruvilla) decides to test his drug on her. She becomes immune to the drug. He feels that his experiment finally succeeded but the drug becomes a cause of mass disaster. Hence, he decides to stay underground, continue his experiments and for money he sells off parts of people who died during his tests. He decides to get revenge on the girl who caused his life go upside down. What did he do? What happened to her? Watch the movie to know answers.
Anish Kuruvilla is good in some scenes and not that effective in others. Trishna Mukherjee performed each and every emotion to the tee. But she was asked too much in few scenes and we see that she had to work hard to get it all done. Others too managed to give good performances.
Kumaran’s music is a plus to the film as his back ground score adds depth to many scenes. Cinematography by Abhiraj Nair is really good as his visuals keep you engrossed. Editing by Renjith Touchriver could have been better in few scenes as the twist looses the hook after a point. Director Sividya Basawa does her best in holding the story together in first hour but misses to deliver in the second hour as the screenplay doesn’t end convincingly.
Writer Prasanth Sagar came up with a very interesting story but convincing it as a screenplay needed more effort from him especially in the second hour. While the scenes are interesting enough, the heavy concepts that he tried to tell could have been simplified if the team really wanted a wider audience appreciation. His writing could have been better with crisp and more scenes in the second hour. We have to appreciate him for trying out such a unique concept in Telugu and Srividya deserves an applause for pulling off a film that works at least to the elite crowd without compromising.
Madha is a different attempt and it tries to tell a mutant story in a psychological thriller way. But the form, the director chose to explore it doesn’t really work in a commercial film. The twists taking their own time in second half makes you wonder if the filmmaker wanted to be too true to the story and unknowingly elongated the scenes when screenplay could have been tighter with smaller scenes. While Runtime is actually short, the second half feels like a drag at places due to narrative style. People might find it more worth their time on OTT platforms than in theatres.
Rating: 2/5