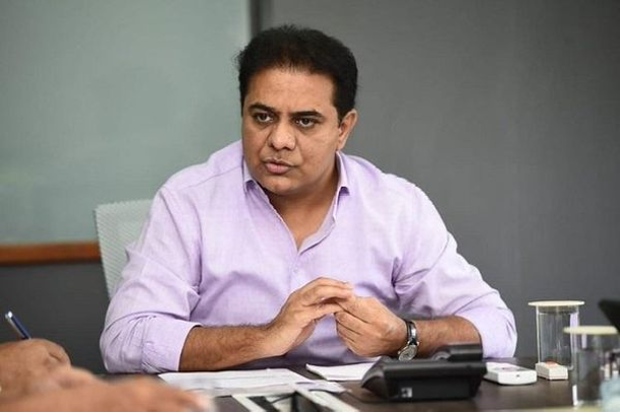 The Minister taunted the BJP MLA over the hike in petrol, diesel and LPG prices after the latter challenged him to take ride with him on his motorbike to have firsthand experience of the development in his Goshamahal constituency and the old city.
“Why don’t you go to petrol bunk & find out what people are saying about hike in Petrol & Diesel prices? Also stop at a household & enquire with them on how LPG cylinder prices are going up?,” Rama Rao tweeted.
“GDP Gas, Diesel, Petrol Suna Hi Hoga? Ab Yeh Jhumle bandh Karo, Kaam se Dil Jeeto,” added KTR, as the minister is popularly known.
He was responding to the BJP MLA’s tweet and video statement of October 16.
“KTR Ji let’s take a ride on my bullet across Goshamal Constituency and old city you will have the 1st hand experience of the development that happened. What say?,” Singh had tweeted.
The BJP MLA, in his video statement, challenged the Minister for a ride to draw his attention the problem of water logging on roads whenever it rains.
Referring to KTR’s statements in the State Assembly that there is no dearth of money to take up works and the development in the old city, Singh said during every rain in the city the drains overflow and water enter houses and shops, causing huge losses to people.
The BJP legislator said instead of speaking in the Assembly if the minister come out and see the roads he would know the ground situation.