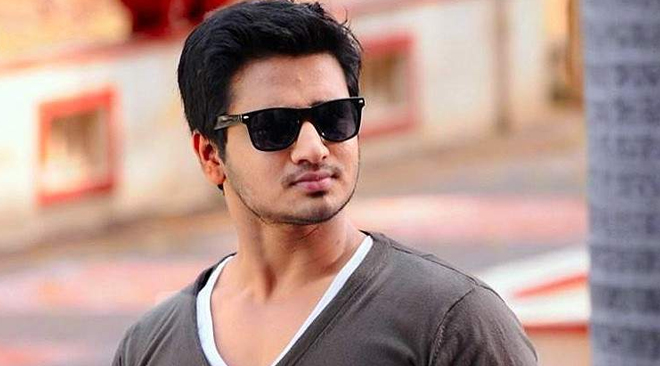 Nikhil, who carved a name for himself by doing unique films, attained star image with ‘Karthikeya’, which hit the theaters on 24th October, 2014. He scored many hits and blockbusters post Karthikeya but none of them could match the suspense thriller.

The netizens have been eagerly questioning both Nikhil and Chandoo Mondeti about the sequel of Karthikeya and that speaks a lot about the anticipation the film had built up. Karthikeya runs on the concept of animal hypnotism and it is the first Telugu film to have such a plotline. Now, the duo is joining hands again for ‘Karthikeya 2’. The film will be formally launched with a pooja ceremony on March 2nd at Sri Venkateshwaraswamy Sannidhi Tirumala, Tirupati. People Media Factory and Abhishek Agarwal Arts are bankrolling the film.

People Media Factory and Abhishek Agarwal Arts which been making commercial films with good production values are joining hands for Karthikeya 2. TG Vishwa Prasad and Abhishek Agarwal have apparently locked a blockbuster story for Karthikeya 2 and the film will be formally launched on March 2nd. Karthikeya 2 to release in 2020 After scoring a blockbuster with Arjun Suravaram, Nikhil did not take much of a gap and immediately before kick-starting Karthikeya 2. Chandoo Mondeti, who is known for blending unique concepts with gripping screenplay has come up with another impressive story for Karthikeya 2. The film is expected to hit the silver screens by the end of 2020.