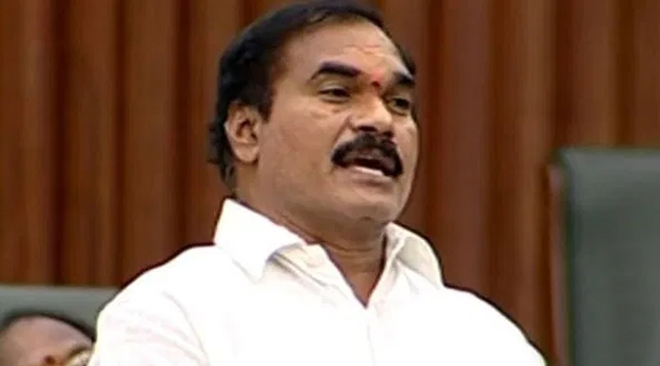 Former MLA and Kapu leader Thota Trimurthulu is all set to resign from the Telugu Desam Party. He is likely to join the YSRCP. Ever since his defeat in the election, Thota Trimurthulu has been considering leaving the TDP and joining some other party.  He had won on TDP ticket at least three times. He had also organised a meeting of the Kapu leaders of the TDP to chart out the future course of action.
However, there appears to be strong opposition to Thota Trimurthulu joining the YSRCP. Especially, the Setti Balija Community, which has staunchly opposed Thota Trimurthulu all these years, is upset with Thota’s plan to join the YSRCP. A large number of workers from the community have gheraoed the residences of deputy chief minister Pilli Subhash Chandra Bose and Ramachandrapuram MLA Chelluboyina Venu. In fact, Venu had defeated Thota in the recent elections. The protesters want them to oppose the entry of Trimurthulu.