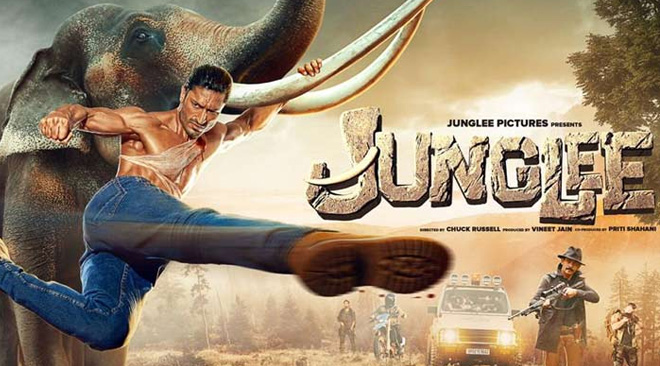 Cast: Vidyut Jammwal, Asha Bhat, Pooja Sawant, Atul Kulkarni, Markhand Despande
Crew:
Written by Akshat Ghildhial, Suman Adhikary, Adam Prince, Raghaav Dar, Rohan Sippy
Cinematography by Mark Irwin, Sachin Gadamkush
Edited by Jayesh Shikharkhane, Vasudevan Kothandath
Directed by Chuck Russell
Produced by Vineet Jain, Priti Shahani
Vidyut Jammwal is one of the best action stars in Bollywood and he seems to be caught up in the hoax of doing simple action flicks only. He also seems to be honest in only doing the stunts rather than any kind of acting. He is caught up in doing similar kind of films that don’t really add to his list of bests and even lately, he seems to be doing too simple films.
As an actor in this forest based film, he doesn’t really try to flex his acting muscles rather flexed his real muscles in action sequences. He did perform really well but that doesn’t add up to the lack of emotional depth in the story. Chuck Russell, the Hollywood director of films like The Mask,  tried to give the human-animal relationship a different angle in his Bollywood debut.
But the director just works on action clichés and doesn’t concentrate on story much. He could have easily tried to make a completely unique movie but he just made a routine action film that doesn’t work beyond the action sequences. Even they look too pale for what we expect from an Hollywood talent.
Just to give a message that killings Elephants is a crime, the movie made with lot of labour and work. That seems too long shot for this film. The song choices and the story choice is 1980’s and even the scenes are developed in the same way.
This movie is an overhaul of all the riches coming together to give a poor result. A good idea to integrate a socially relevant message with regular story has been wasted by the makers. Don’t waste your time and  spend money on this lazily crafted film.
Rating: 1/5