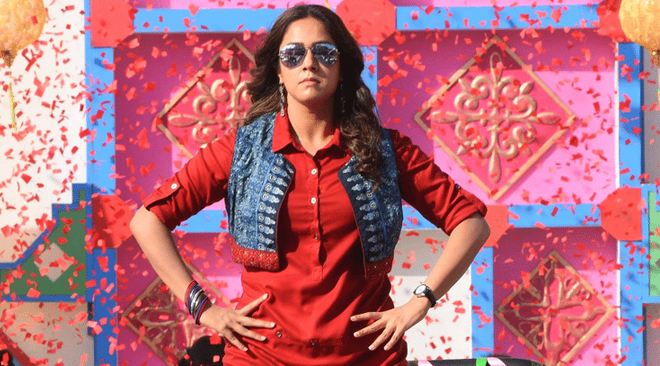 Jackpot, starring noted actress Jyotika in the lead role hit the silver screens today. Billed as a comedy entertainer, the film has a big star cast, which built up decent expectations. Read on to see if the movie could actually manage to keep the viewers engaged or not.

A milkman (Anthony Dasan) finds a mysterious product, which turns out to be Akshaya Patra, near his house. However, he runs out of luck sooner than later as he loses the Akshaya Patra after thieves strike his house.

Many years later, Akshaya(Jyotika) and Masha (Revathi) come to know that the Akshaya Patra is buried in the lawn of dreaded gangster, Anandraj. Now, the duo will have to work in tandem if they are to get their hands on the Akshaya Patra – The vessel that never stops giving. The efforts they put in to get hold of the vessel forms the remaining story.

Jyotika plays a quirky con-woman role in the film and she does a very good job. She is at ease when it comes to comedy sequences and she is ably supported by another seasoned actress, Revathi.

The film has numerous Tamil actors namely Yogi Babu, Anandraj, and Manobala in key roles and they carry the proceedings well.

Jackpot does not have the strongest of plots, given the fact that it revolves around Akshaya Patra – a mythical vessel. The main focus is set on comedy and the film delivers in this particular aspect.

The story is set out in three timelines, 1918, 1999, and 2019. The director, Kalyaan plays to his strengths and generated decent fun through the experienced star cast.

The film has very good visuals, thanks to some impressive work from the man behind the lens, RS Anandhakumar.

There is very little room for logic in this comedy caper. It is a typical commercial film, which has its moments.

Jackpot has a whimsical plotline that might seem illogical at times. But Jyotika, Revathi and other senior actors deliver very good performances. The film offers decent fun, but the screenplay is uneven. If you are ready to keep logics aside, Jackpot can be a partly engaging comedy entertainer.