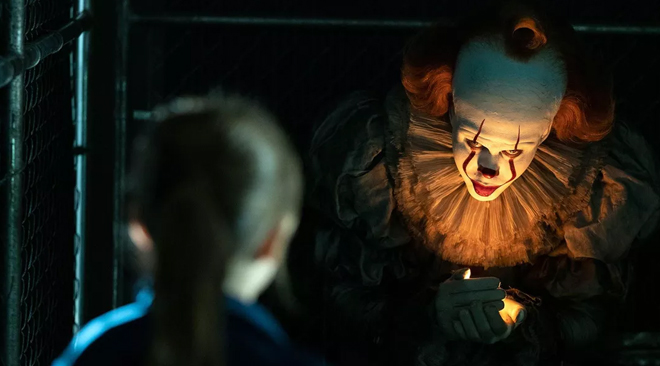 Starring: James McAvoy, Jessica Chastain, Bill Hader, Isaiah Mustafa, Jay Ryan, James Ransone, Andy Bean, Bill Skarsgård
Screenplay by Gary Dauberman
Cinematography Checco Varese
Edited by Jason Ballantine
Music by Benjamin Wallfisch
Directed by Andy Muschietti
Produced by Warner Bros.
IT Chapter One movie tried to explore the teen and young-adult phase of a group of school boys and a girl who are dearly called as Losers. They unknowingly embrace that tag and make themselves known as losers club. Now, the Chapter Two is all about finishing what they have started and end the darkness of past demons once for all.
It is hard to face our past and what we were in that particular moment. For teens it gets even uneasy to embrace their sexuality and awkwardness. All this is what the losers metaphorically fight in IT Chapter 1 and 2. They are more than equipped to face themselves but the fear of being a monster in the crowd, a clown in the group of ‘normals’ (are they?). We normally tend to forget all the past as we grow away from the place where most of it, took place.
So, IT Chapter 2 cannot be seen as a film independent of IT Chapter 1. They are both one big film, cut into two parts. The interwoven flashbacks, the major demons they face, the essential realisations they have, are all designed for us to remember the fact that if we try to think about winning and being winners, we always give way to ego and stop growing. Past catches up scaring us and we tend to lose our sanity at times thinking about them.
But if we realise that we are losers, we always remain to be, then we forget about the success and be more open to possibility of growth. Each elder character introduction is designed to reflect that in the movie and then, as the film unfolds, we deep dive into their insecurities and hence, they again become frightened souls that they were once. They learn again to confront and remember this ‘lesson’ more than ever.
Andy Muschietti brought all this packaged into a rather long second part to the complex yet fun first part. They are many pieces here that work but they are many that don’t too. He managed to give rock solid visuals, but scares are not that plenty. Also, plot looses focus at times and tends to go on and on. While some are good some just seem like character service and that not letting to anywhere soon, until the climax, makes us restless.
This movie deserves a second watch to understand why certain things are packaged in a certain way. We also need to have patience and time, to really try to make sense of each and everything that we see on screen. Believe me it is worth your time.
But as a scary film that promises to treat you for a solid horror diet, this one falls short. It is for fans of IT Chapter 1 but if you’re discovering it now, try to watch the first one and then go for the second one. A good attempt by the team on the whole with leads, especially Bill Hader, James McAvoy delivering their best.
Rating: 2.5/5