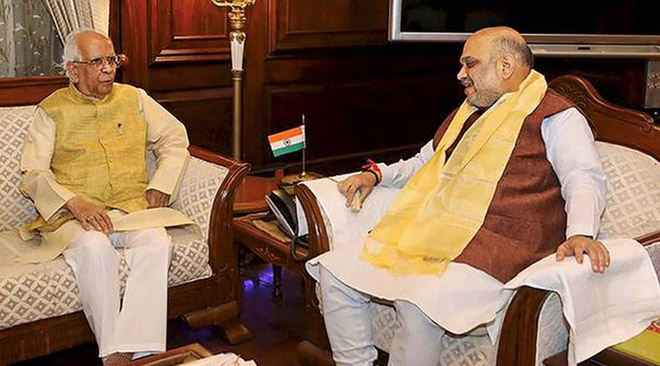 Is West Bengal inevitably moving towards a President’s rule? Is Chief Minister and Trinamool Congress chief Mamta Banerjee scoring a self-goal by not leashing in her violent workers and leaders from physically attacking the Opposition? Even during elections, there were over seven political deaths, the biggest victim being the BJP. After the results are out, at least five political activists were killed in violence. In most cases, the Trinamool workers were found to be the perpetrators of violence.

On Monday, West Bengal Governor and eminent jurist KN Tripathi met Home Minister Amit Shah to discuss the situation in West Bengal. This gave rise to speculations that the Central Government could dismiss the Mamta Government and impose president’s rule.

If this happens, her hold on the administration would weaken and Trinamool workers would have to face cases if they attack the BJP. This would also benefit a resurgent BJP, which is looking to improve its position. Mamta has realized this and is being very alert. But, she is unable to rein in her workers in any which way. So, keep your fingers crossed. Anything could happen in Bengal in the coming few weeks.