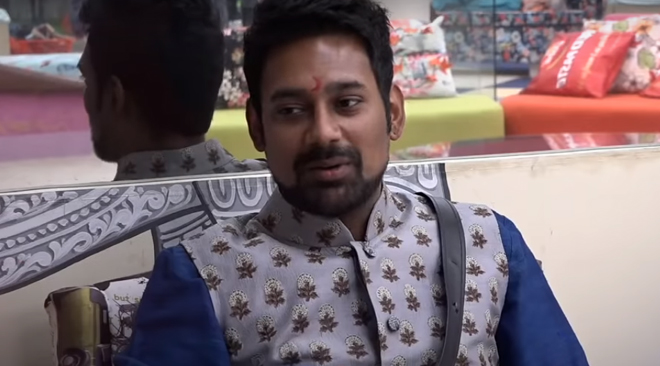 After the nominations episode on Monday, the family members of the contestants entered the Bigg Boss house one by one. In yesterday’s episode, the Big Boss Hotel task got completed.
Now the promo of today’s Bigg Boss episode is grabbing the attention of the audience. The promote hinted that all the seven contestants in the Bigg Boss house turn as movie characters. Rahul Sipligunj became Kanchana, Baba Bhaskar as Basha and Shiva Jyoti as Chandramukhi.
Varun Sandesh and Vithika turn Bahubali and Devasena in today’s episode. While enacting a scene from ‘Hamsala Naava’ song where  Anushka walks on Prabhas shoulders’, Vithika lost her grip and fell on Varun’s shoulders.
The promo featured Varun Sandesh screaming with pain. We have to wait and see what happened to him in today’s episode.