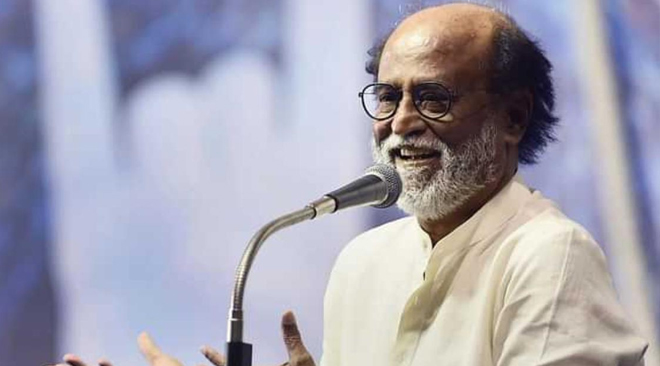 If a chaiwallah can become a Prime Minister, why can’t a bus conductor be Chief Minister? This is now the raging question in politically volatile Tamil Nadu. The question is being posed by countless Rajinikanth fans all across the state.

And Rajini too appears to have taken then a wee bit seriously. He is now converting his fans associations in to Rajini Makkal Manrams (Rajini people’s organisation) all across the state. He is training his fans in mobilizing the people, enrolling new members and taking up pro-people works. The fans associations are being encouraged to take up people’s issues and fight for them. The indications are quite clear. Rajini is targeting 2021 elections in a big way.

Though it is not clear as to whether he would ally with the BJP or will lead the BJP in Tamil Nadu, he appears set to fight the upcoming elections in all seriousness. He is said to be following Modi’s political strategies in all seriousness. He is also planning to set up a digital information centre to build a rapport with the people  of the state.