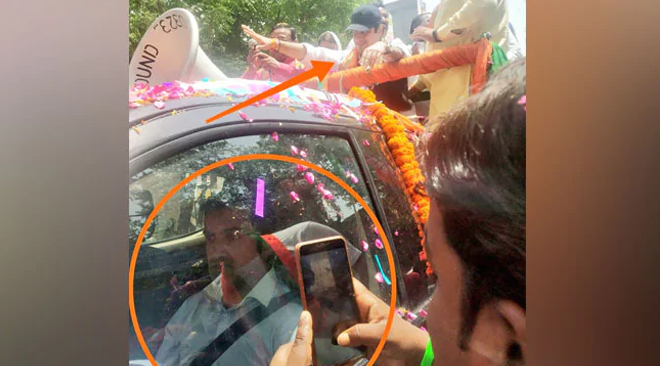 The party says Gambhir is using a body double during the election campaign in Delhi. The reason? If the AAP is to be believed, Gauty is unable to bear the heat and dust of New Delhi. It says he is sitting in the AC car while his body double Gaurav Arora is greeting the people. But, we wonder why would Gauty sit in the same car where his body double is also there?

Those in the know say that Gauty’s entry has busted all plans of the AAP to get Atishi Marlena elected as the MP. His entry has upset their plans. So, they are resorting to mud-slinging. Gautam Gambhir dared the AAP to prove their allegations. If they prove the allegations, I would retire from politics, he said. The AAP hasn’t picked up the challenge yet.