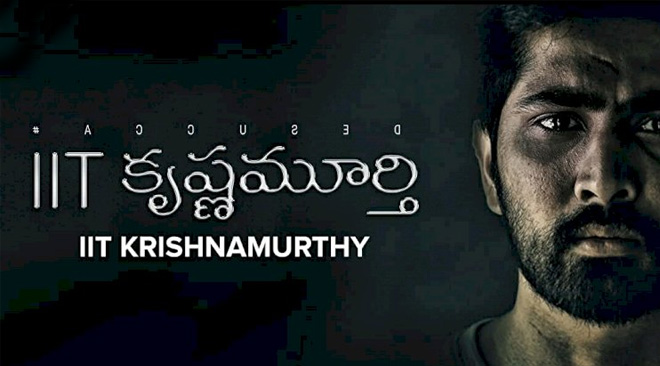 Continuing the trend of reviewing shows and films on OTT, today, a Telugu film called IIT Krishnamurthy has hit the small screens. The film is available on Amazon Prime and let’s see how it is.

Krishnamurthy (Prudhvi) comes to Hyderabad in search of his uncle. He lodges a police complaint but shockingly comes to know that his uncle is dead and was cremated by the cops themselves. Krishna does not believe this and continues to find the cause. He gets attacked multiple times and this is also the same time a big company fraud takes place. What is the connection between these two cases? What happened to Krishna’s uncle and What’s the back story? That forms the rest of the story.

The suspense factor that is revealed in the end is pretty good and has been handled well. The manner in which the suspense is built up with key scenes in the pre-climax was neat. Comedian Satya does a good job in his limited role. Theatre actor, Vinay Varma gets a key role and he does well as a cop. He is the best part of the film and is getting better with each film.

After a long time, Banerjee gets a good role and does justice to it. The BGM of the film is also quite impressive. The climax of the film has also been handled well.

The production values of the film are decent and so was the camerawork. All the investive scenes are showcased well along with the cop set up.

Coming to the director, Sreevardhan, his story idea is good .His script looks good with a good twist in the end.he has written a gripping screenplay.

Although, in any thriller movie the plot becomes clear after a while, a good thriller will still manage to give a riveting experience without disclosing too much information to the audience. IIT Krishnamurthy does just that and a huge credit for that goes to the writer Nagarjuna Manapaka and the director Sreevardhan. Supporting actor Banerjee does an excellent job .

Prudhvi Dandamudi, who plays the role of Krishnamurthy, has done a commendable job in the lead role. The young actor keeps his act to the point and lends credibility to the plot. He is particularly good at certain incidences where he acts in a way that he lets the plot of the movie shine. All in all, Prudhvi is able to find the balance between his performance and letting the plot tell a gripping narrative. Maira Doshi, as the female lead, lends substance to her character and has done a great job.