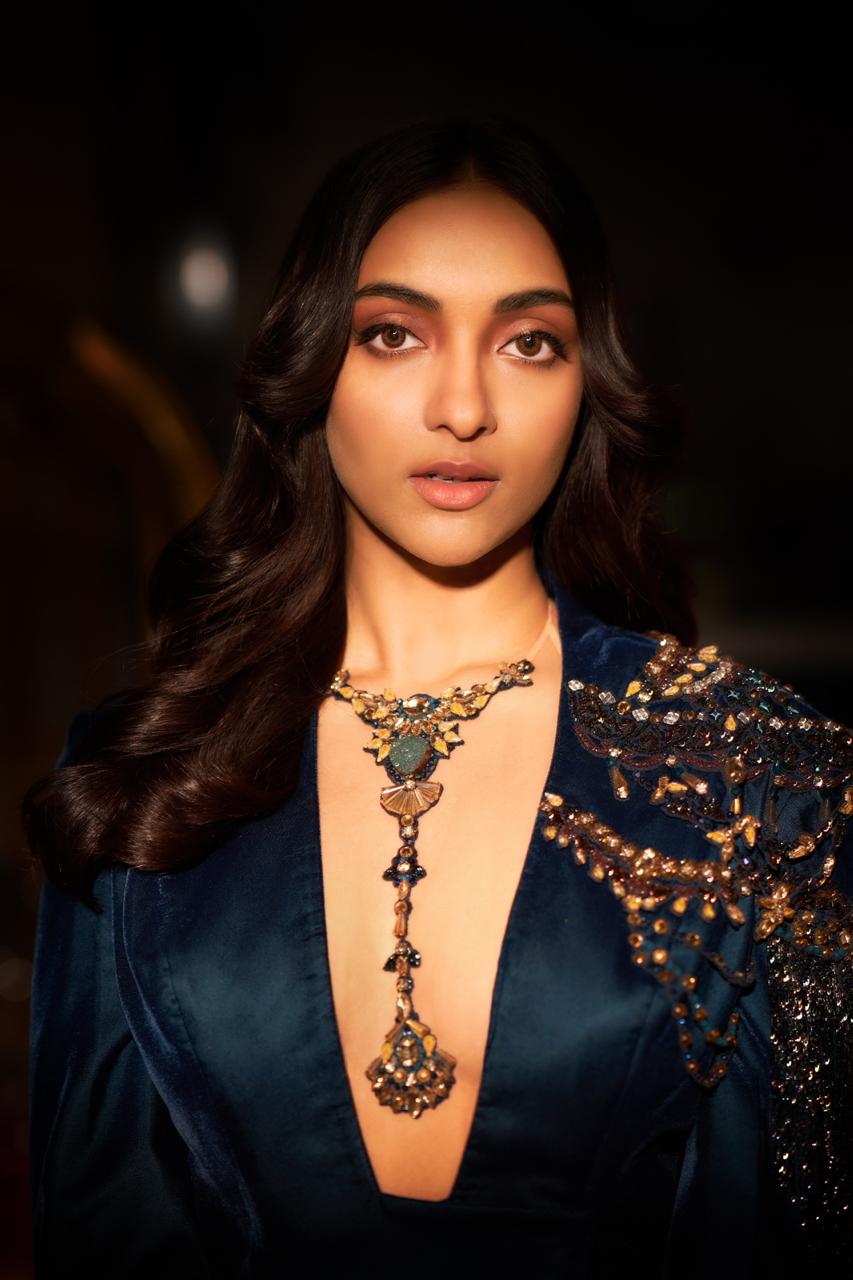 Amrin Qureshi… A Pakka Hyderabadi Girl who is playing as a female lead in 2 big Hindi films in Bollywood. Usually Bollywood heroines act in Telugu films. Surprisingly, Telugu girl Amrin bagged two Bollywood films at a time. It is known that Telugu SuperHit ‘Cinema Chupista Mava’ is being remade in Hindi as ‘Bad Boy’. Amrin is pairing with Namashi Chakraborty son of popular actor Mithun Chakraborty in this film. Raj Kumar Santoshi is directing this film while Sajid Qureshi is Producing it under Inbox Pictures banner. This film is getting ready to release as a summer special. The shoot of the film is currently happening at Hyderabad. To join the shoot, Amrin came to Hyderabad and she talked about her film at the airport,

” Hyderabad is my birth place. I did my schooling at Shiva Shivani Public school in Secunderabad. Then I underwent training at an acting school in Mumbai. I am thrilled to come to Hyderabad as a heroine for the song shoot of my first film ‘Bad Boy’. This is the remake for Telugu SuperHit ‘Cinema Chupista Mava’. I am also playing as a heroine in ‘Julayi’ remake too. Mithun Chakraborty gari son Namashi Chakraborty is playing as Hero in both films. I feel very comfortable working with him. I am getting offers from Telugu and Tamil languages during the production of these films itself. My goal is to act in story oriented, script driven films and to make a name for myself as a heroine in all South Languages. ”

” After I completed my training at Mumbai, I came to know that auctions are going on for heroine role for my father’s Production ‘Bad Boy’. I took the audition without revealing my identity. Though, Director RajKumar Santoshi knew about my identity during the final audition, He was impressed with my performance as I have already proved myself in previous rounds and selected me as a heroine. I attended a training session for more than a month for this film. I find it challenging to transform myself into a heroine. I have special bonding with Hyderabad. Many of my friends and relatives are from Hyderabad. I come to Hyderabad regularly. Everyone calls me ‘A Pakka Hyderabadi Girl’ and I love it.”