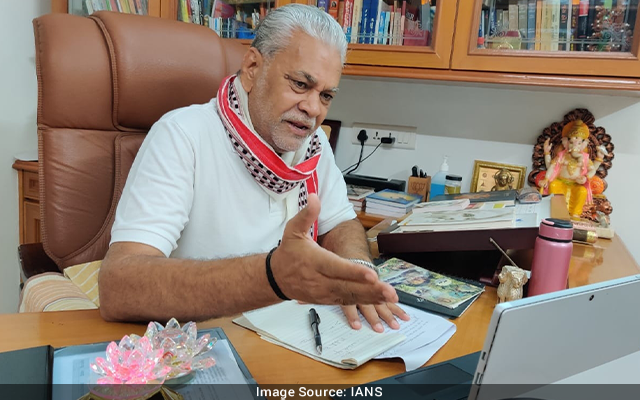 The Union Minister for Fisheries, Animal Husbandry and Dairying, Parshottam Rupala, on Monday launched a portal for National Livestock Mission (NLM) that will increase the effectiveness and transparency in scheme implementation.

The online portal, which has been developed by the Small Industries Development Bank of India (SIDBI) in collaboration with the Department of Animal Husbandry and Dairying, will enable a customised workflow between the state implementing agency (SIA), lenders and the ministry as required under the scheme, a release from the Ministry of Fisheries, Animal Husbandry and Dairying said.

The launch of the portal and the release of the report took place during a national-level virtual meeting with all state animal husbandry/veterinary ministers under the chairmanship of Rupala.

“This national-level consultation with the state ministers was held after a gap of more than five years,” the release said.

Rupala highlighted the special livestock sector package to all the state ministers, which was recently announced by the Government of India for next five years with an outlay of Rs 9,800 crore, leveraging a total investment of Rs 54,618 crore.

Ministers of State for Fisheries, Animal Husbandry and Dairying, Sanjeev Kumar Balyan, also attended the meeting along with other officials.

The Union Minister informed that as per a recent Cabinet decision, the National Livestock Mission and the Rashtriya Gokul Mission (RGM) now have a component of breeder farm entrepreneurs and fodder entrepreneurs.

Under RGM, for breed multiplication farms for production and supply of high genetic merit heifers to farmers, 50 per cent capital subsidy will be made available to the entrepreneurs directly, the release said.