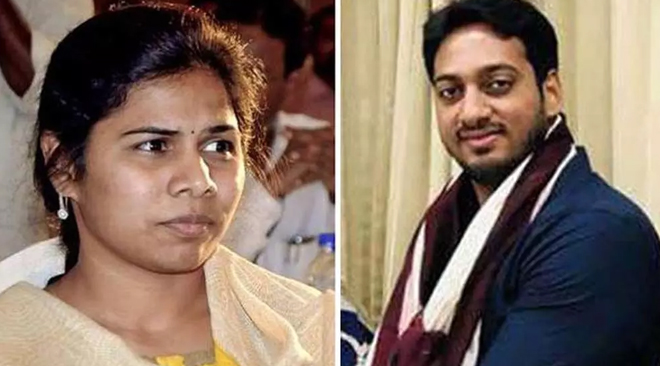 It has been reported that Former Minister Akhila Priya’s Bhargav Ram was absconding. To escape from the cops he used various techniques. Many cases are pending on Bhargav Ram in Allagadda Jurisdiction.

Attempt to murder case was one among them. It has been reported that Allagadda police came to arrest Bhargav, who is hiding in Hyderabad. The cops spotted him in Gachibowli while he was going in his car and asked him to stop the vehicle. But he didn’t stop his vehicle and escaped from there. Bhargav Ram nearly ran his vehicle on to the police who came near to his vehicle.

If the reports have to be believed, in spite of the police shouting to stop, he escaped from there.  The police chased him but they failed to catch him. With this situation, the police have filed a complaint in Gachibowli station that Bhargav nearly ran his car on to them while they were doing their duty. The case was filed in various sections.