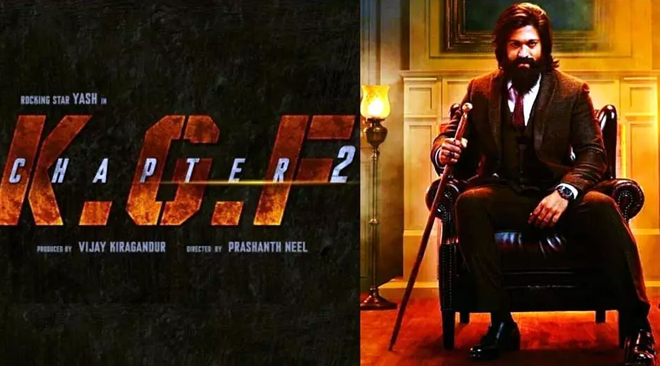 The wait for a glimpse of the sequel to the blockbuster KGF: Chapter 1 is coming to an end!

On December 21, the first look of the Rocking Star Yash-starrer will be unveiled in all languages, at 5.45 pm. The makers are contemplating a 2020 release for the film that also stars Bollywood star Sanjay Dutt in a key role.

One of the biggest films to ever hit the Kannada silver screen, KGF: Chapter 1 became a sensation of sorts across the country when it released. It’s no wonder then that the wait for its sequel has been quite anticipatory! KGF became highest viewed Indian film across all the languages on Amzon Prime Video Platform.

Presented by Kaikala Satyanarayana on the Hombale Films banner, KGF: Chapter 2 is directed by Prashanth Neel.

The film’s Telugu version is being released by Vaarahi Chalana Chitra.