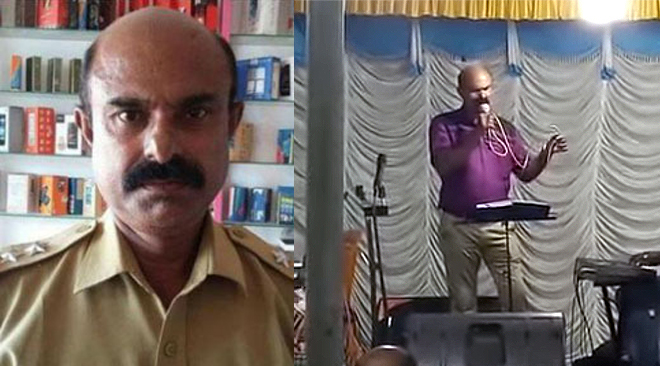 In Mammootty-starrer Malayalam hit ‘Amaram,’ there is a hit song where a father sings for his daughter. The song is a huge hit and is being sung at all wedding functions ever since. In a shocking incident, a police officer in Kerala collapsed and died while singing the same song for his daughter at her pre-wedding day function.

P Vishnu Prasad, a sub-inspector in one of the police stations in Thiruvananthapuram, collapsed in the middle of the song. He was rushed to a hospital in Kollam, but the doctors said his died as soon as he collapsed. However, the relatives of the girl kept his death a secret and continued with the marriage rituals. They told the bride that the father was recovering in the hospital.

They broke the news only after the marriage was over. Doctors said the cop suffered a massive cardiac arrest while singing. The video of Hariprasad falling down to his right and dying has gone viral in Kerala now.