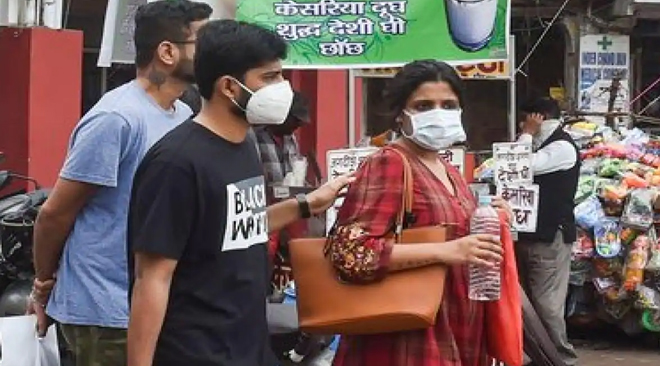 A record 248 new coronavirus cases were reported in Karnataka in 24 hours till Friday evening, of which 84 per cent were returnees, mostly from Maharashtra. The state”s total tally has reached 2,781, an official said on Friday.

The new cases were reported from 5 pm on Thursday to 5 pm on Friday.

The new cases in the last 24 hours were the highest single-day increase.

Among the 227 domestic returnees, 208 or 91 per cent have returned from Maharashtra, India”s largest COVID-hit state.

Other state returnees included eight each from Rajasthan and Delhi, one each from Gujarat, Andhra Pradesh and Tamil Nadu.

Unlike earlier on, most corona cases in Karnataka now are returnees from other states, mainly from Maharashtra.

Only 16 of the new cases were contacts of earlier cases in the state.

In the past 24 hours, cases spiked in Udupi, Yadgir, Bengaluru Urban, Vijayapura, Ballari, Kalaburagi, and Raichur.

Among the new cases, Raichur accounted for 62, followed by Kalaburagi (61), Yadgir (60), Udupi (15), Bengaluru Urban (12), Ballari (9), Chikkaballapura (5), Davangere, Hassan and Vijayapura (4 each), Mandya, Mysuru, Kolar and Chikkamagaluru (2 each) and Chitradurga, Dharwad, Shivamogga and Bengaluru Rural (1 each).

Of the new cases, Raichur, Kalaburagi and Yadgir have accounted for 183 or 74 per cent of the cases.

On Friday, a 50-year-old woman from Chikkaballapura succumbed to the virus, raising the state”s death toll to 48. Her”s was Chikkaballapura”s third Covid death.

She had a history of RTA head injury and also suffered from acute kidney injury and pneumonia.

Meanwhile, 60 patients were discharged in the past 24 hours — 30 from Hassan, 10 from Kalaburagi, five each from Mandya, and Davangere, three each from Uttara Kannada and Shivamogga, two from Udupi, and one each from Chikkamagaluru and Tumkur.

Of the total, Bengaluru Urban has so far accounted for 10 deaths, followed by Kalaburagi (7), Dakshina Kannada (6), and Vijayapura (5).