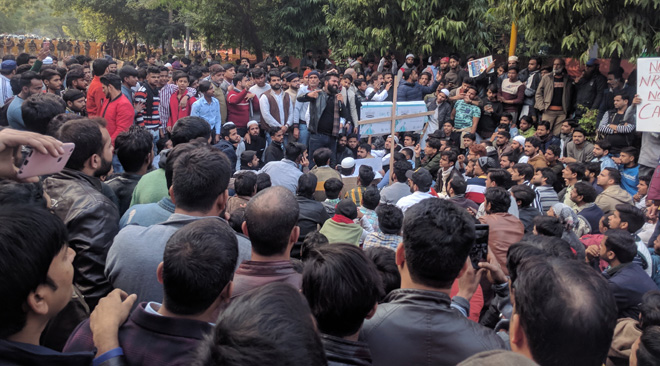 The Delhi High Court on Monday issued notices on a petition filed by a Jamia Millia Islamia student seeking compensation of Rs 2 crore for injuries he sustained during December 15 violence.

In the petition, student named Shayyan Mujeeb asserted that he received injuries after the protest against Citizenship (Amendment) Act turned violent.

Mujeeb contended that he spent over Rs 2.5 Lakh on medical treatment.

The court issued notices to the Central government and Delhi Police on his petition. They have to submit their response by May 27.

The counsel, appearing for Mujeeb, told the court that his client has fractured both his legs and will limp for life. The Centre, however, objected to his claim.

“There is CCTV footage for the library,” the counsel retorted.

As many as 14 buses were burnt and 20 private vehicles were torched in that violence.

Sixty seven people, including 31 police officers, sustained injuries and a total of 47 persons, including students, were detained.