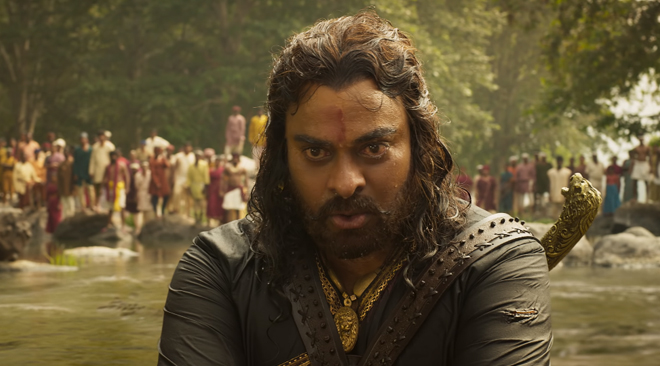 Sye Raa Narasimha Reddy is the next big film from Telugu Film Industry after Baahubali franchise, Saaho. It is aiming for an All-India approval as a film and it is narrating the story of a freedom fighter from Telugu Land, Uyyalavada in Kurnool, Uyyalavada Narasimha Reddy.
He rebelled against British during 1845-1846 period, 10 years Mangal Pandey became the first man to inspire Indian rebellion. His contribution isn’t recognised as it should be by historians and hence, a film on him took so long to be made.
Megastar Chiranjeevi is performing as Uyyalavada Narasimha Reddy in the film and Amitabh Bachchan is performing the character of his Guru, Gosai Venkanna. Vijay Sethupathi, Sudeep, Nayantara, Tamanna, Jagapathi Babu are part of the cast.
The second trailer looks and feels over ambitious as it tries to build on British invasion more than the life of Narasimha Reddy, one feels so. In any case, the first impression of this trailer is that, it is not as intriguing as the earlier one with more emphasis on amping up action emotion.
It seems like the director, Surrender Reddy over did everything slightly and looks like Thugs of Hindosthan sans the mindless humour. Let’s wait and see, if the movie releasing on 2nd October has more to offer as a biopic than just action episodes.