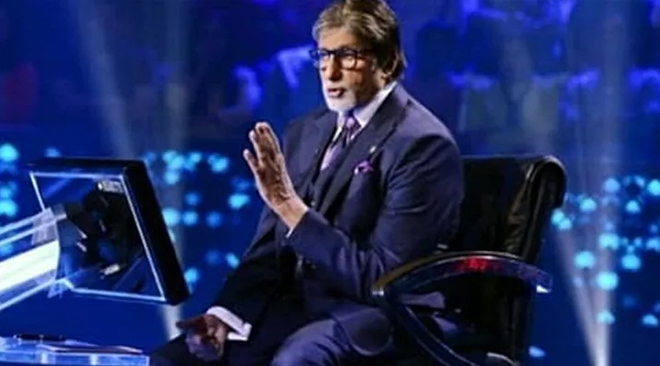 If Mughal emperor Aurangzeb can be addressed as Samrat, why should Maratha ruler Chhatrapati Shivaji Maharaj be referred to as Shivaji?

A section “Kaun Banega Crorepati” viewers on social media, along with BJP leader Nitesh Rane and Shri Rajput Karni Sena, raised protest over a KBC question where the Maratha warrior ruler was simply referred to as Shivaji. As #Boycott_KBC_SonyTv started trending on social media, Sony TV — which airs the show — came out to publicly admit a mistake.

The controversy arose after show host Amitabh Bachchan asked this question on a recent episode: Which of these rulers was a contemporary of Mughal emperor Aurangzeb? A) Maharana Pratap B) Rana Sanga C) Maharaja Ranjit Singh D) Shivaji.

Soon, many viewers started alleging that the channel authorities and Amitabh Bachchan have shown disrespect towards the great Maratha ruler and demanded an apology from Bachchan as well as the channel.

The issue continued to be a talking point on social media, and the hashtag #Boycott_KBC_SonyTv continued trending on Friday morning.

A user tweeted: “#Boycott_KBC_SonyTv This is painful…. and shameful too. This is what we are lacking, Chatrapati Shivaji Maharaj did so much and we cant even respect his work, what coming generation going to learn from this?”

Another tweet read: “#Boycott_KBC_SonyTv Mentioning Chhatrapati Shivaji Maharaj as just ”Shivaji” is an insult to the great Maratha Warrior.”

Taking a dig at the show”s host Amitabh Bachchan, a set of users tweeted:

“#Boycott_KBC_SonyTv I was a big fan of @SrBachchan and regular viewer of @SonyTV but not anymore…You are not bigger than Chhatrapati Shivaji Maharaj”.

“@SonyTV shouldn”t be telecast #KBC untill they apologise to the people of India. @SrBachchan sir, you should have correct it. #Boycott_KBC_SonyTv”.

“#Boycott_KBC_SonyTv @SrBachchan sir, it was never expected from such a respectable person like you that you called a cruel Mughal Emperor with such respect &amp; #ChatrapatiShivajiMaharaj just by his first name &amp; disrespect him”.

On Thursday evening”s episode of “Kaun Banega Crorepati”, the channel authorities ran a ticker, which read: “There was an inaccurate reference to Chhatrapati Shivaji Maharaj during yesterday”s episode, due to inadvertence. We deeply regret the same.”

Earlier, BJP leader Nitesh Rane demanded an apology from KBC, failing which he has allegedly threatened the show would have no lifeline left.

Also, the Shri Rajput Karni Sena had submitted a letter to Mumbai”s Bangur Nagar Police Station demanding action against the KBC management and asking for a written apology from Sony channel.