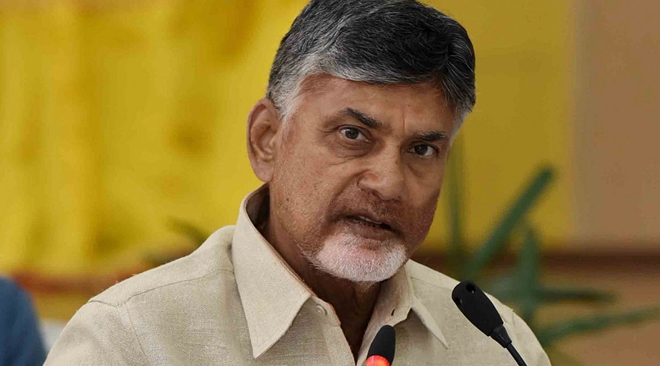 Terming Chandrababu Naidu as a fading and failure politician who is damaging the brand image of Andhra Pradesh by spreading canards against the State Government and has repeatedly proved that he is against BCs by exploring legal options to stall the local body elections in the state, YSRCP has said decentralization is the only road towards balanced regional growth.
Addressing a press conference here on Tuesday, YSRCP MLA Kotamreddy Sridhar Reddy said, Chandrababu has the fear of losing badly in local body elections and is trying to postpone them. “TDP is unable to find candidates to contest in the local body elections which is the reason why Naidu is trying to postpone elections through litigations and hindering the political opportunities of BCs.
Chandrababu has been trying to damage the brand image of the State using his friendly media by spreading falsehood on the Government and its policies.  “Why Naidu is afraid of SIT investigation if he hasn’t done any corruption? People are not at all welcoming Naidu and no one is turning up for his bus Yatra. Chandrababu Naidu is a failed leader in the history of the state and there is nothing worth mentioning about his achievement but for his corruption and self-promotion, ‘he said.
Decentralised development is a concept which is widely accepted and is the only way for all-round development of the state. Unless all regions are developed equally, the state cannot develop on all fronts, he said.