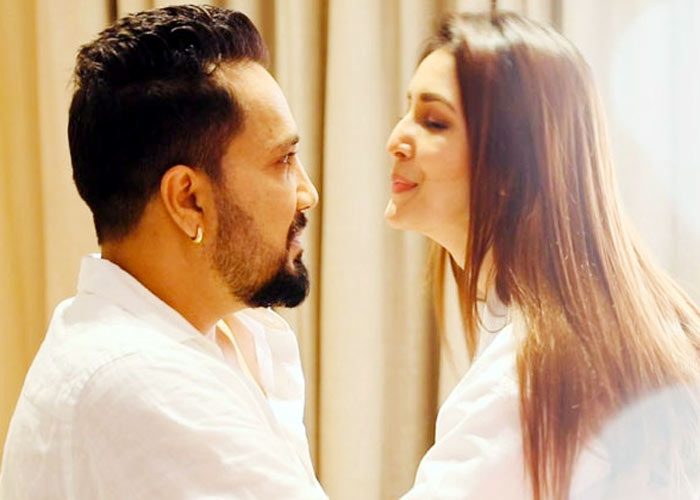 Television actress Chahat Khanna denies breaking lockdown protocol to shoot the music video of her new song “Bade acche lagte hain with Mika Singh, saying that she shot for the song before the lockdown.

“He (Mika) stays next to my building, and this happened before my building was seized. I had gone to his house, we were making a video on our iPhone and we were planning to come up with something that would have be timepass for people during quarantine. We were trying to make something for the quarantine period,” claimed Chahat.

She added: “Mika Singh has sung the song and I feature in the video. It is something new. We both have shot at home. It”s about quarantine, and how couples can spend time in at home during quarantine”.

Talking about spending time in lockdown, Chahat Khanna said it”s the same for her like all others, as she is a mother looking after her kids.

“I am a mother looking after kids. So, spending time creatively is difficult. Had I been alone I might have had time to read, paint, write or exercise, but with me it”s other way round. I don”t get a single second to spare on creativity as my kid doesn”t leave my back — not even for five minutes. So it”s becoming next to impossible for me to indulge myself. It”s kind of a mad house right now for me,” she said.