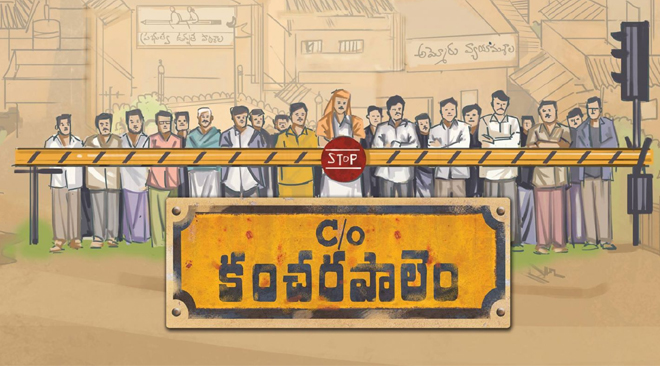 Few movies come and ago, few movies stay with us longer than we expect them to. Some come up with life lessons and some just present life as is. Some make us fans of a star and some make appreciate an effort. Right from Rana Daggubati to Nani to many actors appreciated the film, Care of Kancherapalem. Let’s see what it is all about ..

Raju, a Government Office attender is an aged bachelor. His marriage becomes a huge topic in his village and they all start cracking jokes about him. New officer in his office, Rani starts becoming his friend.

Gaddam, a 30 year old male working in a wine shop falls in love with a women who buys a particular brand from his shop.

A high school boy wants to talk to his friend, who is a girl and thinks it is love. And a 20 year old Rajesh falls for a rebellious girl in his town. All these love stories converge at one point, how? Watch the film…

Subba Rao, Radha Bessy, Kesava Karri, Nithya Sri Goru, Karthik Ratnam, Vijaya Praveena, Mohan Bhagat, Praneetha Patnaik and others came up with believable performances and as an assemble they looked exactly like the people from that village. Great casting by the team, one must say.

Director,  Maha Venkatesh decided to make a film that dwells into the story of a person at the same time makes a comment on society without trying to force you to know about what he had to tell. He delivers a film that is almost a dark comedy in slice of life fashion and that is the USP of this movie.

His writing for the movie makes us fall in love with the characters and also the setting. His execution even though has some flaws, gives us an enjoyable film.

Cinematographers, Varun Chaphekar, Aditya Javvadi did a commendable job as they could capture the village very well and also, see that the film within the budget doesn’t look cheap. They maintained aesthetics of the story and also the realstic setting according to the story requirements.

Editor  Ravi Teja Girijala, did a good job in keeping the proceediings enjoyable. But a few pace issues arise here and there as the director tried to deliver an effect.

Lag here and there

As glamour plays a key role in few viewers enjoying film, that could be a draw back.

As it is a twist based film, the moments created in this film appear to be a bit confusing but when you think about it, you feel like you had an experience of life. Venkatesh Maha scored good marks on his debut and we have to appreciate his team for creating a good film.