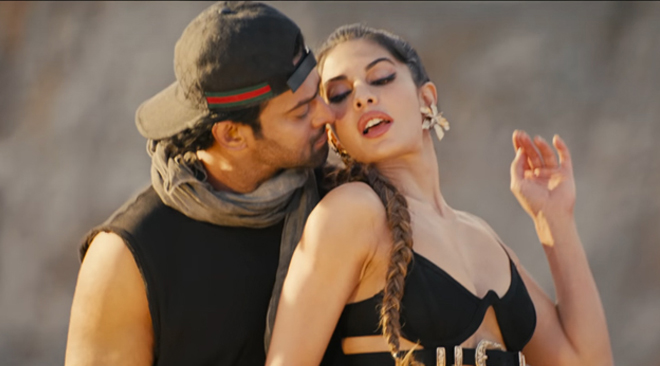 Saaho Bad Boy song has gone viral and for the first time, Prabhas has shed all the inhibitions and did a song that is quite contrast to his previous films and his persona.
The song has become very popular and it even changed the buzz of Saaho. Movie is now seen as the complete Fast and Furious type action thriller from the actor of Baahubali.
With 2 years gap, the hype around the content and need for the best possible story in the minds of fans has drastically come down. They are expecting a swashbuckling action entertainer and Saaho seems to be that film.
To give those vibes to others as well, Bad Boy song is a best example. Prabhas is not playing an extension of Baahubali character and this will be quite different to it. But the song doesn’t just go viral because of it.
Jacqueline Fernandez’s addition brought in all the necessary glamour and for that song, she charged more than Rs. 2 crores, it seems. Seems like all worth it!