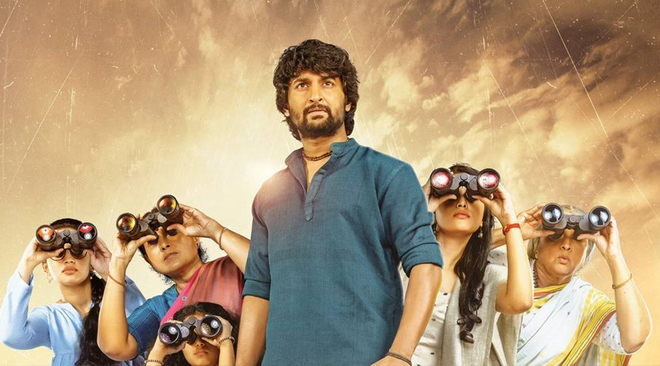 Mythri Movie Makers from Telugu Film Industry are looking forward to a blockbuster success with Nani’s Gangleader releasing on 13th September. The actor is busy promoting the film from past one week.
We hear that Mythri producers have had to face losses of up to 50 crores with Amar Akbar Anthony, Savyasachi and Dear Comrade. They sold Dear Comrade for low rates but it indeed was budgeted more than 25 crores, it seems.
Chitralahari broke even as it was sold for less prices and even the budget was controlled it seems. Nani after MCA, had three releases – KrishnaArjuna Yuddham, Devdas and Jersey.
KAY ended up as a disaster while other two ended up as above average grossers. Devdas failed to breakeven in few areas and Jersey collected the amounts to distributors. He needs a blockbuster success before V, comes up which seems to be a different film from him.
Movie producers, director Vikram Kumar and Nani need this film to work big at box office for producers to clear some debts and their image, director Vikram to rub off his previous failure – Hello and for Nani to just enter into his next set of films with more confidence and happiness.