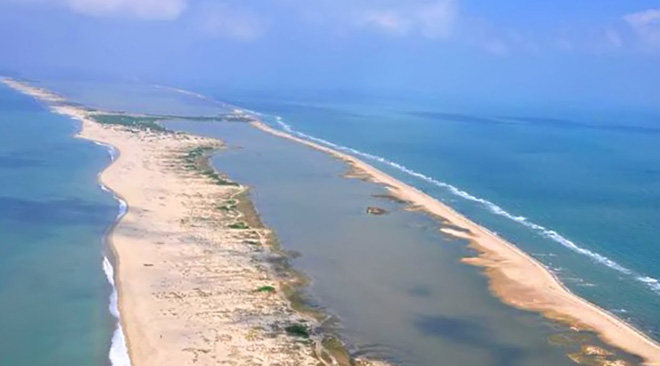 Those visiting Rameswaram always talk about Dhanushkoti. Old timers recall that there used to be a British era bridge at Dhanushkoti, that connected mainland India with Talaimannar in Srilanka. This bridge is a much-talked about bridge. But, some five decades ago, the bridge was submerged in a heap of sand due to a cyclonic storm.

On Saturday, after a gap of five decades, parts of the bridge surfaced due to erosion of the sand dunes. This connecting link between Sri Lanka and India was a very longish bridge, the sides of which, about 20 feet tall and 60 feet wide, became visible. The officials said the bridge railings are still in tact and are in a good condition.

If only the whole bridge is unearthed, we would have gone to Sri Lanka on that bridge to watch India-Sri Lanka cricket series. Interestingly, Dhanushkoti was a huge commercial centre for several decades and the British themselves used this place for good transport between India and Sri Lanka. Dhanushkoti has suddenly become a tourist spot after these new discoveries.