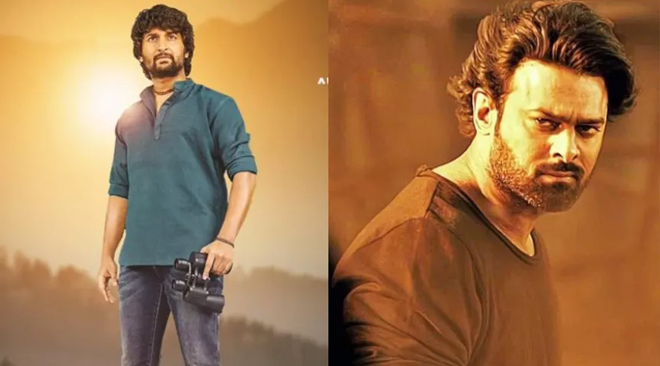 Nani’s Gangleader on weekdays failed to recover from the weak Word of Mouth and put up good numbers. It will end up as a failure for Nani as break even looks tough for the film.
The occupancies have gone down to 25% and this is a huge drop for a movie that is in its first week. Total share from Worldwide markers till Thursday is said to be close to 17.68 crores, close to 80% of it was from the weekend.
If Valmiki is a disaster, Nani film might have a chance but the talk is so weak that not many remember such film exists in B & C centres. If families in A centres prefer this one over Valmiki, may be movie still has a chance. At the moment, highly unlikely.
Saaho run is over in Telugu markets, USA and Overseas markets. Hindi version too took a severe beating from Chhichhore and Dream Girl. Total Worldwide collections stand at Rs. 378 crores gross but the official number is Rs. 428.74 crores gross. Hindi version made profits for all the parties involved as it was sold for Rs. 63 crores and the movie collected a Nett gross of Rs. 151.85 crores.
Chhichhore has entered the 100 crores club and it is declared as a Super Hit for Nitish Tiwari and all the cast, crew involved. Movie is steady with Gujarat and Rajasthan areas contributing more.
Dream Girl has the best possible run in its first week and the movie looks set to cross 100 crores barrier too. It collected 74 crores Nett gross till date and it is expected to do well even in the second weekend and week.
Pahilwan run in rest of Indian markets is already over in the first week of the film release. Movie is doing good business in Karnataka and some regions of Maharashtra. We will update the gross numbers by the weekend, as the figures reported by different sources are clumsy and inconsistent, for this film.