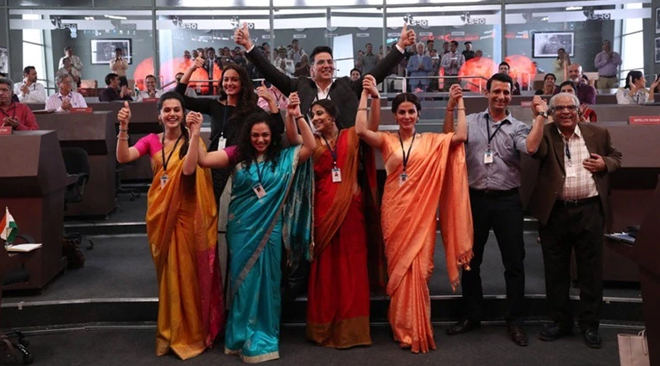 Mission Mangal film got a huge acceptance from family audiences as it could record 23.5 crores Nett on Saturday and 27 crores Nett on Sunday. On Monday, the drop was limited and it collected Rs. 8.50 crores Nett.
Movie is a big hit for the genre and the city audiences have liked the film very much. It collected Rs. 105 crores Nett, till date and it looks like it will surpass Kesari and go close to 180 crores Nett by the end of its run.
Independence Day weekend, also helped Batla House to collect Rs. 58.65 crores Nett by Monday. Movie collected Rs.4.5 crores Nett on Monday and we have to see how profitable it will turn out to be by second weekend collections.
Mission Mangal is the third biggest profit earner of this year after Kabir Singh, URI:The Surgical Strikes in terms return on Investment. But the movie won’t go beyond 180-185 crores mark as third weekend has Saaho, a major competition for the movie.
Down South, Comali is settling for a profitable venture verdict while Evaru from Telugu is steady. Ranarangam ended up as a flop after a good start!