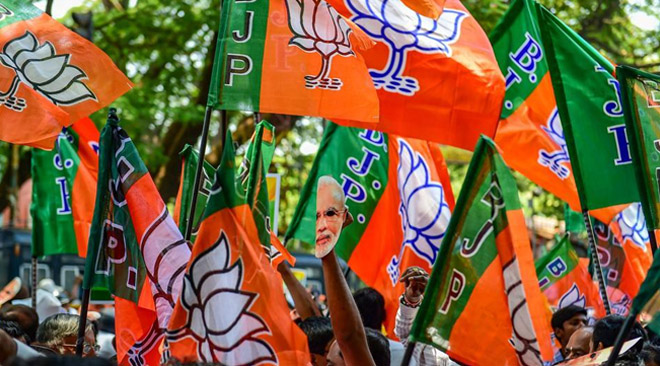 To its now famous slogan of Sab Ka Saath Sabka Vikas, the BJP has recently added ‘Sab Ka Vishwas..” This slogan came after it was found that Muslims, Christians and Dalits are still wary of the BJP. Though the BJP won a landslide, the Dalit and minority votes were minuscule both in sheer numbers and in terms of percentage. So, the BJP, it appears, has put in place a strategy to win over these sections for 2024 elections.

As part of this, it has decided to give Lok Sabha speaker’s post to a Dalit. Seven time MP from Madhya Pradesh’ Tikamgarh Virendra Kumar is being touted as the next speaker. A Dalit, Virendra Kumar, is closely associated with the RSS and the ABVP. He had worked in these two organisations for quite some time before joining the BJP.

The country already has a Dalit as the President of the country. Now, even the speaker of the Lok Sabha would be a Dalit. The BJPs efforts to give scholarships to Muslim students is also being seen as an attempt to woo the Muslims. So, Operation Sab Ke Vishwas has begun in the right earnest.