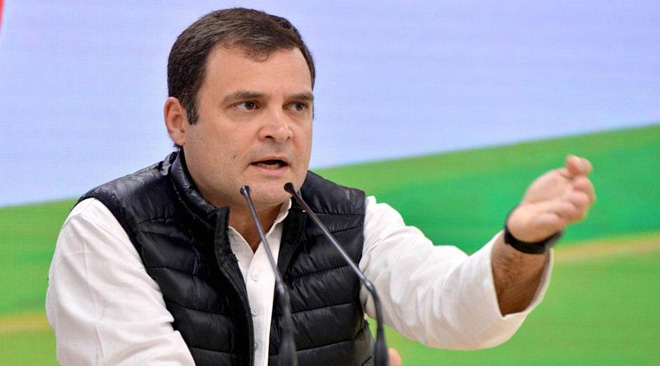 “Facts don”t lie. BJP says: Make in India. BJP does: Buy from China,” Rahul Gandhi said in a sharp tweet attaching a graphics of the percentage of imports from China during the UPA rule and the NDA government.

The graphics showed that from 2008 to 2014, the imports from China were below 14 per cent, while during the BJP-led NDA rule, the Chinese import increased to over 18 per cent.

The graphics also depicted that in 2008 under Prime Minister Manmohan Singh the imports from China were at 12 per cent while it rose to 14 per cent in 2012 but again came down to 13 per cent in 2014.

Sonakshi Sinha ‘can’t wait’ to feature in a meme