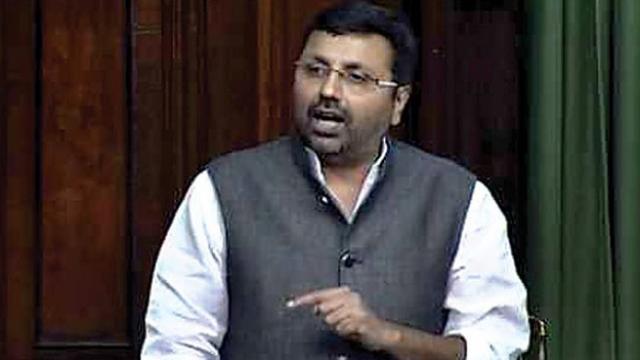 Bharatiya Janata Party MP Nishikant Dube on Tuesday requested the Centre to come up with a law to ban social media to stop it from circulating misinformation which leads to abusive remarks affecting the lives of people.

The MP from Jharkhand”s Godda constituency raised the issue in the Lok Sabha during zero hours — time specified for the matters of urgent public importance in which lawmakers can raise their issues with prior notice to the Speaker.

“I seek your protection sir (Lok Sabha Speaker). When the Constitution was made it was mentioned in Article 105 and 105 (2) that whatever would be discussed in the House, the reporting of the matter would be proper and any member would be free to put his point without any fear and partiality. Social media and breaking news were not there when Article 105 was made,” Dubey said.

Referring to his statement on Gross Domestic Product (GDP) in the House during debate on Taxation (Amendment) Bill, 2019 on Monday, the lawmaker said: “I was discussing GDP and I quoted a report of Simon Kuznets, who made the GDP.

“In his report, Kuznets had himself accepted in 1934 that he was not happy with his GDP concept. A discussion is going on over the issue in the whole world”.

Simon Kuznets, an economist at the National Bureau of Economic Research, presented the original formulation of the GDP in his report to the US.

“I have come up with a report of a committee made in 2008 by then French President Nicolas Sarkozy in which Amartya Sen, Prof Joseph Keith and Chin Paul were present,” Dubey said.

He said that Amartya Sen is a great economist and a Nobel laureate, and he is also called Congress spokesperson.

“They all had also said the same thing in their reports what Simon Kuznets said in 1934.”

“They said that GDP is not a measurement tool. There was a UN convention in 2011 over the issue. And there is an OECD (Overseas Economic Cooperation Development) report which is going on in its leadership. I told these things with proper proof and based on logic, but I was abused by the media, especially social media,” Dubey said.

The MP said his father, mother, and his whole family were also abused.

“So, I personally urge the government through you (Lok Sabha Speaker) that a law should be made to ban social media to stop such activities.”

The MP further urged the Speaker Om Birla to take the necessary action as a custodian of parliamentarians regarding such activities resorted to by anyone, be it social media, electronic media or print media.