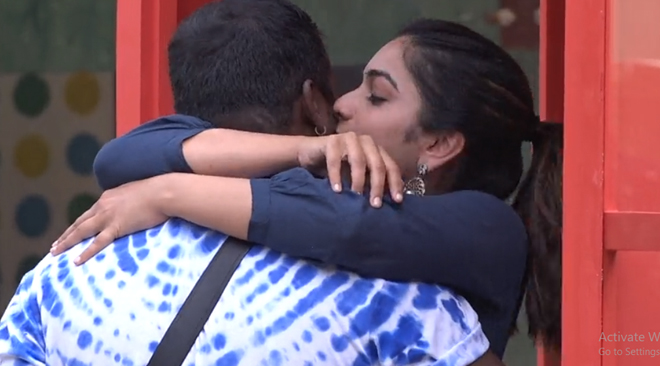 Srimukhi had to get a permanent tattoo of Bigg Boss to save Varun Sandesh from getting nominated, Baba Bhaskar had to shave off his beard and Varun had to sit in cow dung to save Himaja in Bigg Boss house on Monday.
Punarnavi Bhoopalam gave a kiss and hug to Rahul after he drank bitter gourd juice to save her from nomination. And Himaja nominated herself even though Varun tried to complete the task.
Well, the tasks got trolled by netizens for being similar to last season. Seems like the sacrifices one can make for friends or fellow contestants have become the objective of tasks again. But netizens wanted different tests than these.
They are trolling Bigg Boss show makers for not trying to be creative and manipulate in ideas than just asking them to sit in dung, get tattooed or drink some juice. This season somehow is not clicking with social media as much as earlier ones but TRP audiences seem to be following religiously.