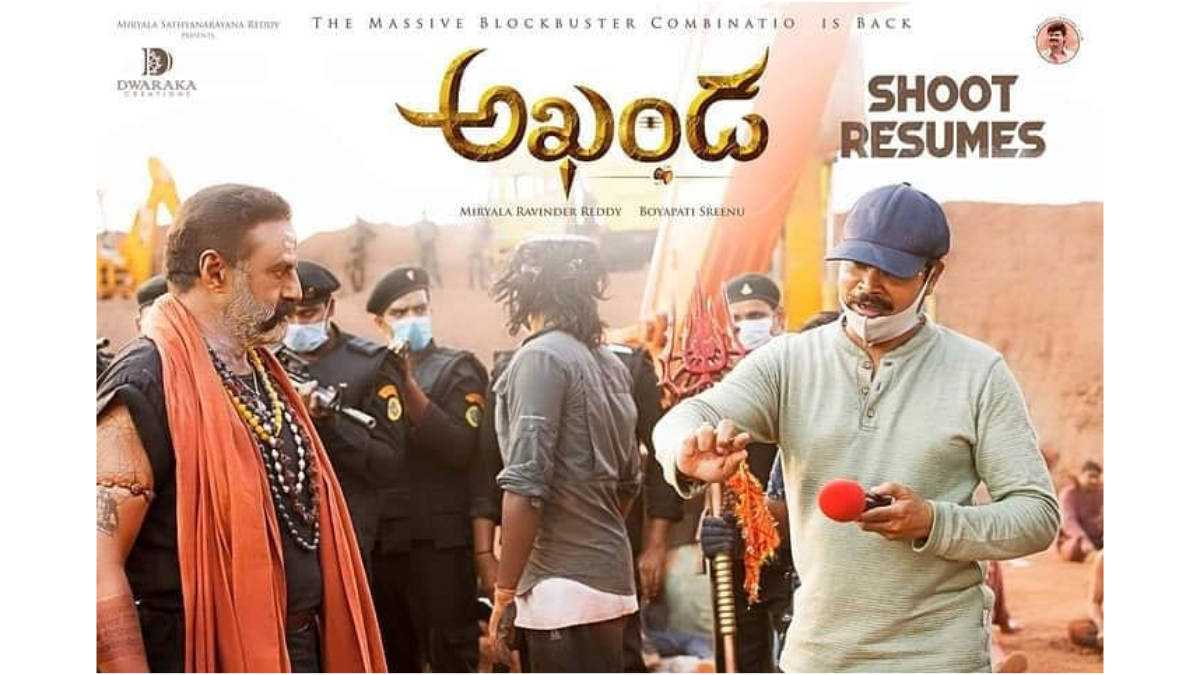 Telugu actor Nandamuri Balakrishna has started shooting for the climax scene of his upcoming film “Akhanda” in a temple in Tamil Nadu.

While the exact location is being kept under wraps for the Boyapati Srinu’s directorial, according to the production team, an important fight sequence is being shot there.

Along with Balakrishna, the lead cast is participating in the climax shoot.

Stunt Shiva, known for directing action scenes in many Tollywood films, is helming the action for this one as well. The film’s action is said to be one of its highlights.

Actress Pragya Jaiswal is the leading actress in the film, whereas Jagapathi Babu and Srikanth will be seen in crucial roles. SS Thaman has composed the music.