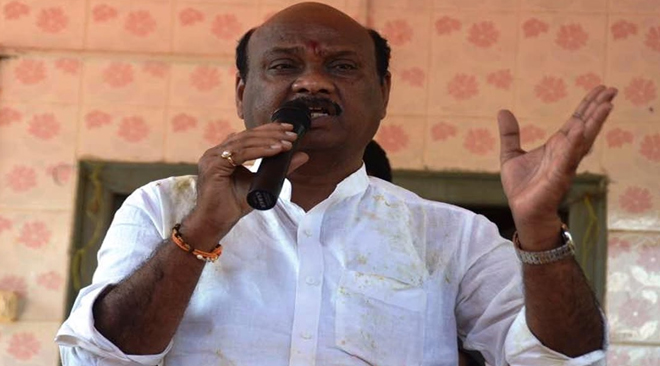 Normally, commenting on women’s saree or dress in rural Andhra Pradesh evokes strong reaction. The women would snap back and slam the person who made such comments. But, Minister Ayyanna Patrudu told a anecdote about a woman’s reaction when he asked a co-passenger in a railway station. He used this anecdote to criticize TDP’s new-found enemy Narendra Modi.

He said he liked the saree worn by a woman passenger during a train journey. He asked her as to where she bought the saree. The woman said the saree was three year old and said she hadn’t bought a new saree. When asked the reason for not buying another saree.She told him that because of Narendra Modi’s GST. He has imposed GST on everything ranging from saree to blouse, the woman, according to Ayyanna Patrudu, told him. He used this anecdole to slam the BJP.