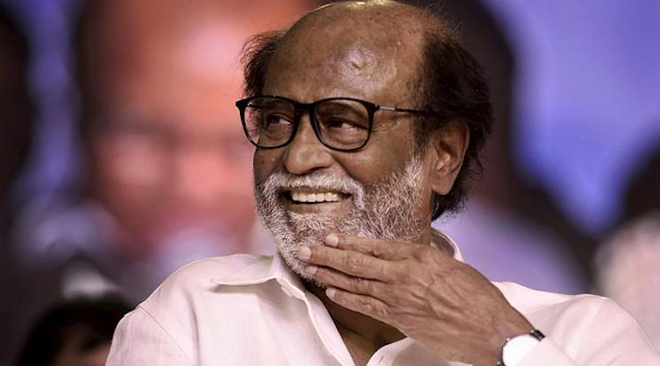 Actor Rajinikanth on Friday said attempts are being made to give a `saffron” hue to him like Tamil saint-poet Thiruvalluvar.

Speaking to reporters here, Rajinikanth said attempts are being made to paint Thiruvalluvar and him with saffron colour but he will not fall into that trap.

Rajinikanth said attempts are also being made to portray him as a member of the Bharatiya Janata Party (BJP).

He said the BJP has not approached him to join the party nor has it promised him the position of chief of its Tamil Nadu unit.

Rajinikanth said BJP leader and former Union Minister Pon Radhakrishnan had visited him at his residence to extend his greetings on him being selected for the Golden Icon award.

On the Thiruvalluvar issue he said it is being politicised and is being exaggerated.

Terming Thiruvalluvar as a believer in God, Rajinikanth said it was the BJP”s decision to drape his portrait with a saffron-colored dhoti which resulted in a war of words with other political parties.

The actor reiterated that he would enter politics and his party would contest all the 234 assembly seats in Tamil Nadu in 2021 while ruling out fighting the local body polls.

Rajinikanth added that he will be acting in movies till he floats his political party.

In Tamil Nadu there is a vacuum of good leadership, he said.

According to him, his wife Latha Rajinikanth will start a non-governmental organization (NGO) for the welfare of children.