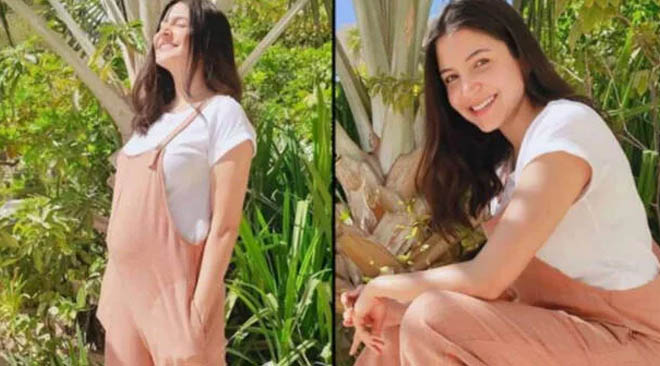 The Instagram pictures were shared by Anushka from a morning outing. She is seen in a white T-shirt and peach dungarees, and classic white sneakers.

“Pocketful of sunshine,” she wrote.

Anushka is currently spending time with her husband, cricketer Virat Kohli, in the UAE, where the latest edition of Indian Premier League is being held.

Virat and Anushka are expecting their first child in January next year. They shared the happy news in August, along with the caption: “And then, we were three! Arriving Jan 2021.”

The couple tied the knot in December 2017 in Italy.

Maniesh Paul tries to lift spirits with a funny video

Nushrat slays it in various outfits