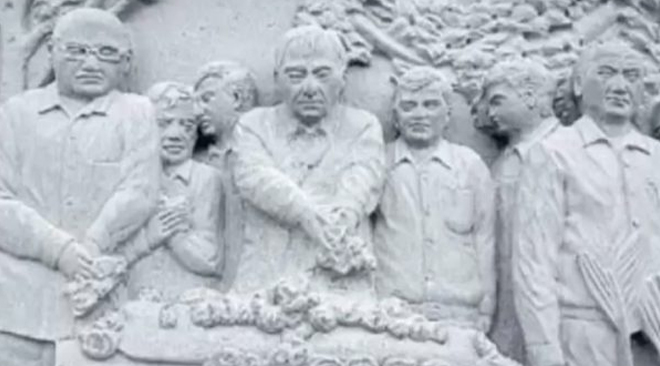 Post the Yadadri fiasco, another department, which planned to have the statues of KCR has quietly removed them. The Buddhavanam project at Nagarjuna Sagar is one ambitious project that KCR Government has started.  Senior journalist and Telangana activist Mallepalli Lakshmaiah is the chief of this project. This project too had an image of Telangana CM KCR and other officials of the project offering tributes to Lord Buddha.

The fresco was etched on stone pillars of the project. However, after the Yadadri pillars became controversial and was roundly criticised, the Buddhavanam projects silently removed the statues. The latest pillars show that the statues are no longer there.