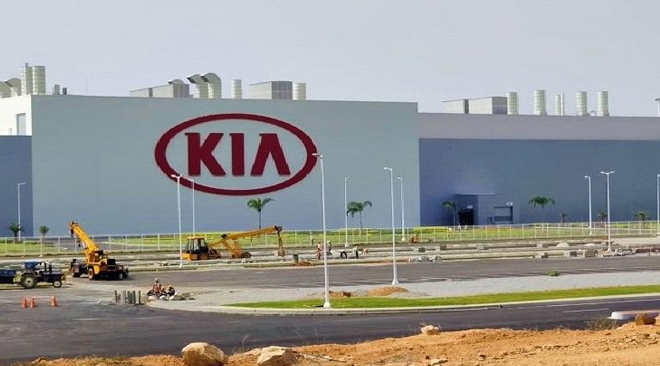 Andhra Pradesh government on Thursday denied reports in a section of media that South Korean auto major Kia Motors is planning to move out its car manufacturing plant out of the state.

The state government, in a brief statement, said that it is working together with Kia.

According to a report by Reuters, Kia is discussing with Tamil Nadu the possibility of moving a $1.1 billion plant out of Andhra Pradesh only months after it fully opened, due to policy changes last year.

“The rumors being spread by some media outlets about Kia Motors shifting its plant out of AP are absolutely false. Our government shares an excellent relationship with Kia and we are carefully supportive of their growth plans in AP,” tweeted YSR Congress MP, V. Vijayasai Reddy.

The report quoted sources in Kia saying that the firm is facing problems in Andhra Pradesh due to a law on local hiring and the new state government wanting to review the incentives given out by the previous administration to encourage the company to set up the plant.

Besides an investment of $1.1 billion to set up the plant in the backward district, Kia Motors is providing direct employment to over 3000 people while its vendors are providing another 3500 jobs.

The company officials had said that the plant will soon reach its capacity of 300,000 units, employing about 18,000 people.

The eighth-largest automotive company with revenues of 50 billion dollars and sales of over 2.8 million, set up the plant on a 536-acre site.

The company in August last year rolled out its first ”Made in India” car but Jagan Mohan Reddy could not attend the event.

The August 8 event for the launch of Seltos, an SUV, was marred by an unsavory incident when Member of Parliament Gorantla Madhav of ruling YSR Congress Party wrote on the bonnet of the car “Car roll out – our youth ruled out here ..sorry”. He was anguished over the company allegedly ignoring local youth in the employment at the plant.

A Bill passed in the state legislature in July for reserving 75 per cent jobs for locals in all industries had also kicked up the row.

It was during the Telugu Desam Party (TDP) rule that Kia Motors decided to set up the plant in Andhra Pradesh and the work was completed in just 14 months.

Chandrababu Naidu, whose government had offered various incentives to the auto major, lost power to YSRCP in May last year.

Naidu, who claims to have brought Kia Motors to the state, slammed YSRCP on many occasions for creating problems for investors including international companies like Kia.