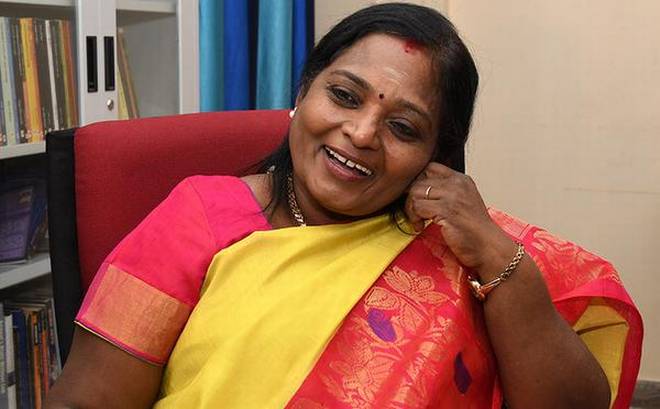 She is from Tamil Nadu and is known for her firebrand ways. She has been a successful doctor known for her service and has been one of the most eloquent political orators down south. But, she has never managed to learn Hindi. Ask her about her experiments with Hindi, she would laugh it off.

The fact is she had made six Hindi teachers run away. They all came, tried to teach her, but when they found that she has problem learning Hindi. The teachers found her to be a difficult student and ran away after teaching her for some time.

Yes… we are talking about Telangana’s new governor Tamilisai Saundararajan. Though she is from a Congress family, she has become an ardent fan of Atal Bihari Vajpayee and later joined BJP. As a very strong orator, she made a name for herself. But, despite being the state president, her Hind is awful.