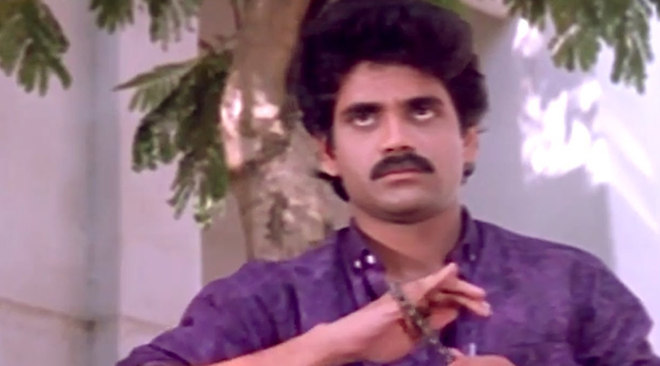 It has been 30 years since the release of the Trendsetting film, ‘Shiva’. This movie was released in 1989, October 5th. Nagarjuna created a sensation on the silver screen with the cycle chain. This movie is a milestone in Nagarjuna’s film career. The newcomer RGV, introduced a new way of fights in this film. On the occasion of this, Ram Gopal Varma tweeted in his official twitter account as, “Hey @iamnagarjuna, today is the 30th birthday of our beloved child”. RGV became an overnight sensation with the film. This film has shattered all the previous records at that time.

This film has changed the way directors choreograph the stunts in the film.RGV designed the heroism in a completely different way, the industry never thought of.

Film critics cite that, Shiva is a trendsetting film. The songs in this Ilayaraja musical are super hit. This film inspired many famous directors like Ramamouli, Puri Jagannath and will continue to inspire all the aspiring filmmakers.