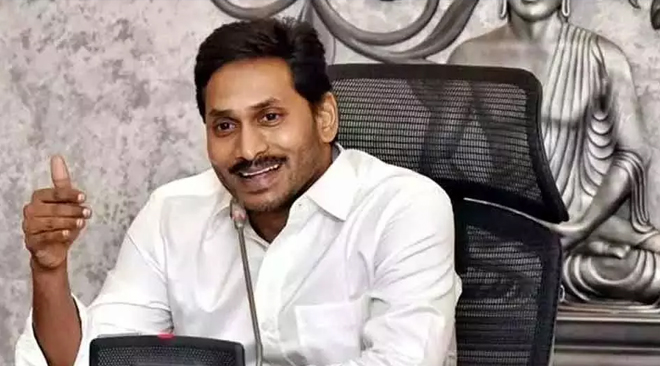 Visakhapatnam: The 16-member high power committee comprising of cabinet ministers and IAS officers would submit the report on the developments in 21 days said, Minister Botsa Satyanarayana.
Talking to media here on Sunday, Municipal Administration Minister Botsa Satyanarayana said already G N Rao committee report was submitted to the government and Boston Consulting Group (BCG) report would be sought on January 3, the high power committee then would analyze both the reports and recommendations would be announced in 21 days.
The main objective of the high power committee is to consider geographical conditions and existing resources of the 13 districts in the state and develop all the districts said, Minister Botsa Satyanarayana.
The recommendations would be based on the kind of development works that would be taken up in the state considering the economic conditions, resources, and necessities of the state. The drought-affected Rayalaseema region, backward regions of Coastal Andhra, East and West Godavari districts would also be developed. The government would go ahead after a comprehensive analysis of the 13 districts of the state considering the state budget, requirements, and expenditure of the state.
Mentioning the Justice Sri Krishna Committee, Siva Ramakrishna committee, and GN Rao committee, Minister said that the details on the establishment of the capital city, decentralized development, the reason for the state bifurcation were mentioned in all those reports. He said that the G N Rao committee recommendations were close to the previous two reports.
He said that Chief Minister YS Jagan Mohan Reddy is keen on not repeating the previous mistakes that the state has witnessed by losing Hyderabad and various benefits during bifurcation.
He also said that the previous TDP government has not considered the Siva Ramakrishna committee report and instead taken decision according to former TDP Minister Narayana’s direction.
‘Chandrababu Naidu has missed the golden opportunity of developing the state and involved in corruption practices. About Rs 1,95,000 crore loan was taken and only Rs 5,400 crore was spent on the capital city that includes Rs 1500 crore from central government,’ he said.
He said that the committee would analyze based on factors such as the development of the agriculture sector, employment for the youth, developing the economic condition, increasing the state’s per capita income and enhancing the living standards of the state people. The recommendation would be announced in 21 days.
Minister flayed former TDP leaders that have joined BJP for their comments on capital city issue. He lambasted Chandrababu Naidu for his comments on development works; ‘development doesn’t mean constructing secretariat, legislative assembly or High Court.’
‘Do you (Chandrababu Naidu) you agree for Visakhapatnam as the executive capital? Or not?’ Minister questioned Chandrababu Naidu.
He lambasted BJP MP Sujana Chowdary for his comments on the capital city region and said that Sujana’s comments are not commandments nor PM Modi has said Sujana to talk on Amaravati. Sujana is concerned about only his business and to increase his share values. The central government would be informed on the capital city decision but providing the report is not needed. He asked the opposition party members not to use farmers for the political benefits. He mentioned the experts’ committee recommendations on the capital cities and said that Visakhapatnam is a rapidly developing city in the country. The city would be in great heights like Hyderabad with support from the government.
He said that Hyderabad was developed and stood as one of the top cities in the country as it was developed in all sectors. Developing a township doesn’t give stature to the city. Visakhapatnam has all kinds of infrastructure facilities and would be the appropriate place for developing as an executive capital in Andhra Pradesh.
The 16-member high power committee include Ministers Buggana Rajendranath, Subhash Chandra Bose, Botsa Satyanarayana, Mekapati Gautam Reddy, K. Kannababu, Mekathoti Suchitra, Mopidevi Venkatramana, Kodali Sri Venkateswara Rao (Nani), Perni Venkataramaiah (Nani), Chief Minister’s Chief Advisor, the DGP, CCLA and municipality commissioner. Chief secretary Neelam Sawhney serves as the convenor of the Committee.