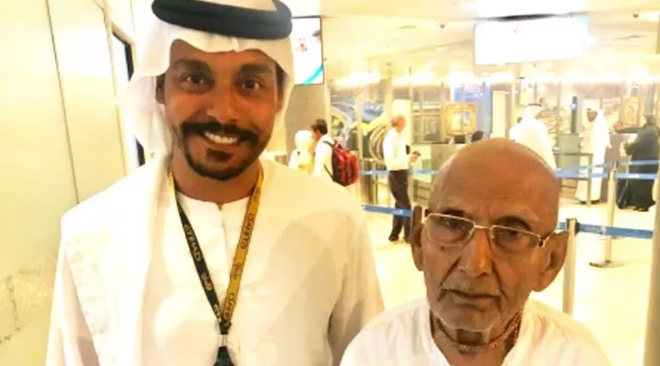 The Immigration officers at the Abu Dabhi international airport were stunned by Shivananda, a resident of Kolkata who is traveling from Varanasi to Abu Dhabi. According to his passport, he was born on  August 8, 1896. He is 124 years old, this makes him the oldest man alive on this planet. Immigration officers were stunned by this. The staff and officers there took pictures with him.

Within hours his passport pictures became viral on UAE social media. While some netizens were amazed by this news, some of them are saying that his age might be around 85. According to the Guinness book of world records-2019, Kane Tanaka of Japan is the oldest person on this earth who is 116 years old. But with this latest news, he might be the oldest person alive on this earth.