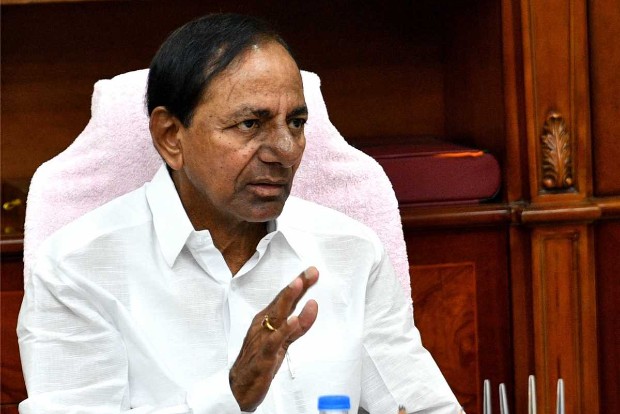 Dharani offers safe, secure, hassle-free, tamper-proof and discretion-free services in revenue administration.
The innovative, state-of-the-art online portal, the first-of-its-kind in the country, was launched by Chief Minister K. Chandrasekhar Rao on October 29, 2020.
Besides being a single source of truth for all land-related information, Dharani offers a one-stop solution for all agricultural land-related transactions.
According to officials, with the launch of Dharani, registration services have been taken closer to the doorstep of people. Earlier, registrations were being done only in 141 Sub-Registrar Offices. Now, registrations are taking place in every mandal at 574 Tahsildar offices across the state.
They claim that Dharani has set new benchmarks in land administration. In the last one year, the web portal has witnessed 5.17 crore hits and 10 lakh transactions have been completed. About 1,80,000 acres of land for which Pattadar passbooks were not issued earlier, have been brought on to Dharani during this year.
“The strength of Dharani has been its ability to adapt itself to meet the ever-increasing requirements. From time to time, depending on the feedback received from various stakeholders, new transaction modules have been added. Modules have also been added to redress various kinds of grievances. As of now, Dharani has 31 transaction modules and 10 information modules,” said a revenue officer.
The statistics show 10,45,878 slots were booked on the portal. Out of 10,00,973 transactions completed, a total of 5,02,281 were related to sales, 1,58,215 gifts, 72,085 succession and 58,285 mortgaged.
The authorities also disposed of 5.17 lakh grievances using the online platform.
On the occasion of completion of one year of Dharani launch, the chief minister complimented the team of officers led by Chief Secretary Somesh Kumar and all district collectors who are successfully implementing Dharani services. The chief minister has expressed happiness that the citizens, particularly agriculturalists and peasants, have immensely benefited from the transparent, hassle-free services offered by Dharani.
He also expressed confidence that in the months ahead, Dharani will scale greater heights of success in the service of citizens.
Chief Secretary Somesh Kumar also thanked all officers, district collectors and tahsildars for successful implementation of Dharani.